I recently broke my finger. I wanted to draw something,

I had no idea what to draw. Then, I remembered I had a

school project in American History, that I had to make a

drawing that represented greed, I came up with this.

I hope you live my drawing, it took me so long

and after I was done, my broken finger literally shattered. 🙂

Chapter 1 – Counret
Counret was a town hidden beneath God’s eyes. Counret was beneath every sewer. Counret was nowhere to be seen even by underdogs. This strange town had the population of only 128 people, nothing really happened there, it was just a plain old boring garbage place. But on March 7th things started to happen. People disappeared, people died, people screamed, people cried. Nobody in the outside world of pure richness and society knew of these crimes, only the victims and the people of Counret knew of this strange, bloodthirsty activity.

Chapter 3 – The Underground
Jabner went to his bedroom lit his lamp, dropped himself on the bed, opened his wrinkled hand and grabbed a dusty book. He opened the book and started reading. This book is one he had read many times, it was a book you’re unlikely to find, this book was a valuable book called Dream of Mine. This book was written by the first inhabitant of Counret. This inhabitant went by the name Marfher-Uz. This man at the age of 18 had killed a man, a very important man. This man was the president of Varnther, a country hidden in the depth of the rich land that is the Land of Freedom. Everyone called this land the Land of Hope. Those people who called this land the Land of Hope and Freedom knew nothing. There are two sides to this country, The High Place which is what most people see , and there is The Underground which only a few people know about. Marfher-Uz was a wanted man in the Underground, there was no way for him to escape. Everybody knew, everybody wanted to kill him. That’s when he found a small land beneath Varnther or The Underground. That’s when he named this small town Counret, the name of the man he had killed. Marfher-Uz lived in Counret for 20 more years before he was found and executed by the means of law. Before Varnther found Counret, Marfher-Uz wrote a book called Dream of Mine. When the first 17 people came to Counret they found the book and printed 17 copies one for each of them. This book had the psychology, philosophy, and thoughts of Marfher-Uz. Jabner followed his way of life.

Chapter 5 – Scared
Jabner couldn’t go to sleep, he felt threatened, but at the same time he felt restless. Jabner said to himself “This is a problem I cannot fix, I am old, this problem needs to fix itself,”. This was Marfher-Uz first rule. Let everything fix itself. Jabner suddenly heard footsteps, then he heard pieces of cardboard crashing against each other, he heard chanting. That’s when Jabner realized his nightmare had come true, it was a protest. He look through his window, the old man started to shake not from age but from stress. All the people of the town were outside waiting for Jabner, they couldn’t wait to get a sip of Jabner’s blood. This was the first time Jabner felt scared. Jabner couldn’t see, his eyes started to blur, he felt dizzy, he felt like he was in a straitjacket. Jabner felt this swirling motion, he felt his skin losing its color, he felt a hard object come in contact with his back, he felt his eyes close, Jabner dropped down cold.

Chapter 6 – Fire of Madness
The people of Counret waited, and waited, and waited for Jabner to come out. The people were starting to get restless. The people wanted action, the people wanted to be able to feel like they had accomplished something. The people kept waiting. Suddenly, a man far behind the crowd started to run, he was running very fast. There was a blurry light you could see was following, next to a tank of kerosene. Nobody could make out very much of this man, just the blurry light and the tank of kerosene. This man finally stopped on the porch of Jabner’s house then this man started to scream, “We want Jabner out, so let’s force him to get out!”. He lifted his leg and kicked the front door of Jabner’s house it didn’t break. He did it another time, it still didn’t break. He kicked the door a third time and suddenly “Crack!” It opened. The man grabbed his tank of kerosene he spilled all of it in Jabner’s house, he grabbed the blurry light, threw it inside, and ran as fast as he could. Unfortunately, the fire caught him first. His back was on fire, then his arms and legs were on fire, then his chest and his head were on fire. This man screamed. He died. The people finally realized that the blurry light was fire. Then the father of the man killed in the fire screamed,“This is Jabner’s fault! Jabner planned this out! Jabner killed my son!” This man fell onto his knees and sobbed. The people were grieving but at the same time clueless.

Chapter 7 – Renounce
Jabner felt a strange pain spreading throughout his body dragging him closer to death, closer to the devil’s hand. Jabner opened his eyes only to see the house he had shared with his wife and his children on fire. All his work crumpling right before his eyes. Jabner knew he had enough time to save himself, but he didn’t make a run for it. Jabner knew. It was his time to leave Counret, to leave Varnther, to leave the Underground, to leave the outer world of rich society, and to go to the Devil’s hand or God’s hand. Jabner stood up and grabbed a big dusty book that was under his bed. This was not Dream of Mine this book was Truth of Mine. It had the psychology, philosophy, thought, and truth of Jabner. There was only one difference between Dream of Mine and Truth of Mine, and that was the soul of the person who wrote it. Jabner put the book in his hand, he lay down on his bed, and waited for the fire to take his life and die in peace. Jabner finally let go.

Chapter 8 – The Body
The people waited for the house to collapse. The people thought Jabner was going to come outside. He didn’t. Jabner never came out. When the house finally collapsed. It was still on fire. All the people left to get two buckets of water each. They all came back to Jabner’s house and doused the embers with water. When the house had cooled, the people started to walk on the collapsed house to try to find anything important, or Jabner himself. A woman who was a maid was walking on the near end of the burned house. There she saw a hand grasping something very tightly. She knew that hand was Jabner’s hand but she could not see what the hand was holding. This woman neared the hand and brushed the dead embers away until she uncovered the body. She screamed “I found him! I found him!”. Everybody rushed to where the woman was. Everybody knew that from her tone that she had seen the body of the wretched Jabner.

Chapter 9 – The Book
Everybody rushed to this woman, people gasped, people screamed, and some fainted. Jabner’s body was lying there on top of a burned, rusty bed. Jabner’s body looked horrific, the fire had burned his life and appearance away. Some people noticed that Jabner had this peaceful look. How could he die in a peaceful way, after all this? Nobody really knew. The only thing that still had a shape, was a book held tightly in Jabner’s wrinkly hand. The maid who had found this “burned devil” as the people called him, knelt beside this devil, and grabbed the dusty book from the devil’s clasped hand. She blew all the ash away from the book. The title was uncovered. Thus was written on the book: Truth of Mine. She opened it and read the first page. That is when she realized this devil was not evil, this name didn’t belong to this dead body, this body was not a devil it was just a human misunderstood by the cruelty of humanity. She developed a strange admiration for Jabner.

Chapter 10 – Burial
“He was not a good man nor a bad man, but the least we can do is give him a proper burial!” a lady screamed. This lady is the one who developed an admiration for Jabner that eventually became an insane obsession. This lady’s name was Ursula. “He is still a human and he was mistreated by your judgmental ways,” the lady said. The townspeople eventually agreed to bury Jabner, they were convinced by the insanity of Ursula, by her obsession, by her admiration. Ursula waited for darkness to come. Darkness came. People came. Sadness came. Jabner was brought, he looked so peaceful under the light of the moon. There was already a hole, on the dry dirt. A rectangular bed waiting to be slept in for eternity. Jabner was lowered in to the bed, and the dirty undertakers closed the bed with dry dirt. Everyone was in black, black was the color of the night. Death was the guest of the night. Tears were shown in moonlight. The town finally cared.

Chapter 11 – The Midst of Life
The next day Ursula came to see the man on whom her insanity, obsession, and admiration was centered. Ursula eventually reached the burial. She stopped midway, she saw the most unexpected thing. She saw people from The High Place, people from The Land of Hope and Freedom! The people from above never come to the Underground! Ursula rubbed her eyes. The mysterious people were still there. Ursula saw an elderly woman, consumed with wrinkles, looking down at the tomb. Ursula also saw two young men standing beside the elderly woman. Ursula saw a rich man, bathed with money. Ursula also saw two young girls crying on top of the earth Jabner was sleeping in. Ursula finally saw a beggar who was praying and a woman in a wheelchair who was crying inside her heart. Who are these people? Where are they from? Why are they here? Ursula never found out. But Ursula eventually reached her own conclusion. “Jabner is different in everyone’s eyes,” Ursula thought “Jabner is the midst of life,”. 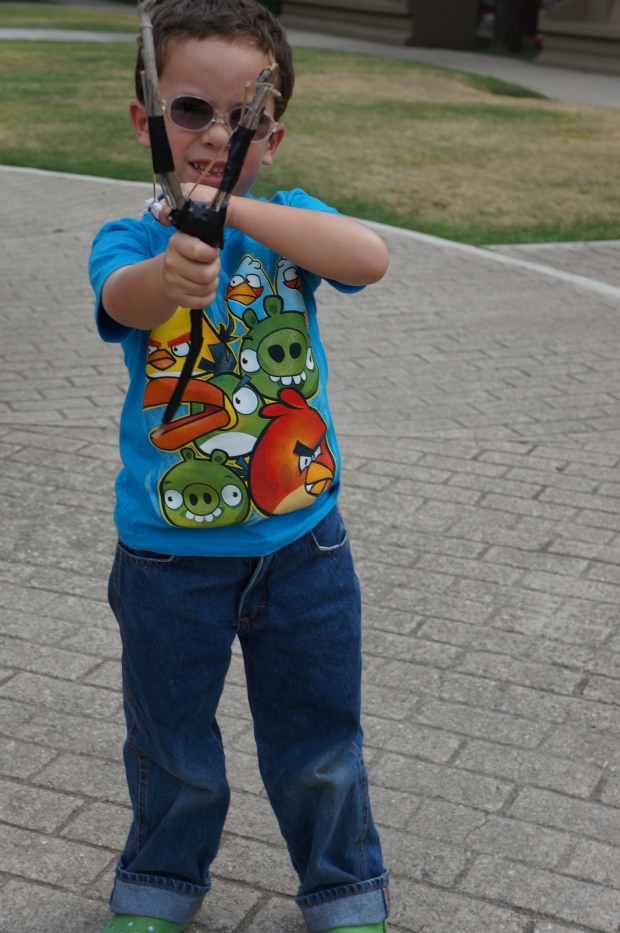 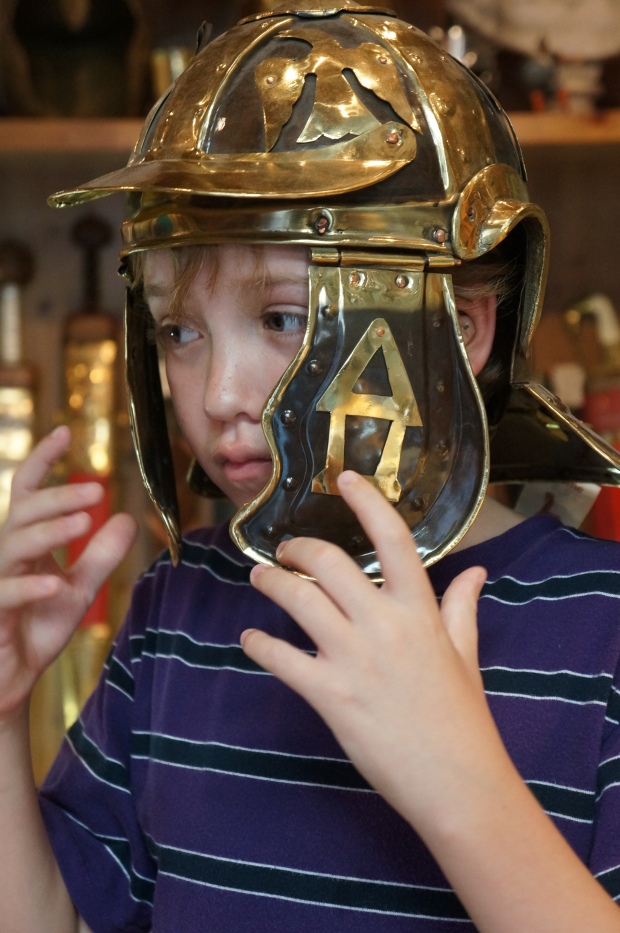 I don’t understand why the United States doesn’t have gun-control laws. We always learn from our mistakes, so why hasn’t the United States learned that we need gun-control laws. I think the United States has had enough examples to learn from. For example, the massacre in Columbine and the death of 20 children in Sandy Hook. We also have had suicide,  and the deaths of more than 200 children. Most have died in the act of having household guns. Many children have shot themselves accidentally or shot other people in access to guns. A 3 year old boy accidentally shot himself in the eye when finding a gun under his couch. Also a 12 year old boy playfully pointed a gun at his 11 year old sister accidentally pushing the trigger and killing her. “It is always the unloaded gun that kills”-My Grandpa.

What do you have to say about this?

sorry about the first link I must’ve made a spelling mistake.

I made this painting with Cheetah3D.

This is from a 10 megabyte rendered image.  I made a 20″x26″ color print on foam board at Fedex/Kinkos.